Ms. Dall'Olio obtained her Bachelor's degree from the University of Texas, School of Architecture. Returning to New York City in 1990, she was employed by Cabrera/Barricklo Architects, where, in other roles, she served as Job Captain for the multi-million dollar restoration and adaptive reuse of Sailor's Snug Harbor Cultural Center on Staten Island, New York. She was later employed as a preservationist by the New York City Landmarks Preservation Commission. There, her responsibilities included the review and evaluation of hundreds of proposed historic renovation projects. She also served as an architectural consultant to the World Monuments Fund to participate in an adaptive reuse study of the Esterhaza Palace in Fertud, Hungary. Ms. Dall'Olio obtained practical, commercial design experience while employed by Joseph Pell Lombardi, an internationally-renowned architect/preservationist, who is credited with the Soho cast-iron loft residence conversion movement in the 1970s.

Ms. Dall'Olio relocated to Martinsburg, West Virginia, with her husband and partner, Matthew W. Grove, in 1994, to establish Grove & Dall'Olio Architects. Her expertise in the field of preservation and historic architecture ensures authentication of the firm's restoration assignments and brings timeless, classical architectural qualities to those projects which involve new construction. She was appointed by Governor Cecil Underwood in 1998 to serve on the State Commission on Archives and History.

Recently, Ms. Dall'Olio has designed a number of private homes and led several historic restorations and adaptive reuse projects. These have included the conversion of the Footer Dye Works Industrial Complex in downtown, Cumberland, Maryland into a restaurant, retail, brewery and apartments as well as the conversion of 1940s structures into offices for the VA Fiscal Department.  She has also successfully prepared Federal and State Historic Tax Credit Applications for several multi-million dollar projects in the mid-Atlantic region. 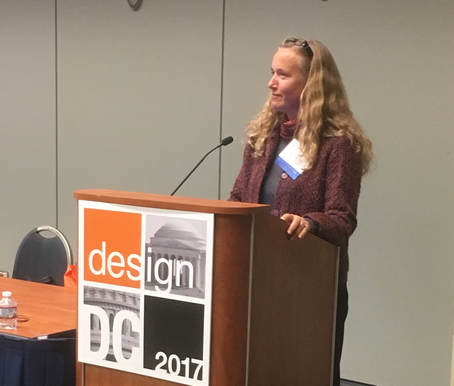