A native of Martinsburg, West Virginia, Mr Grove studied architecture at Carnegie Mellon University. Upon graduation, he relocated to New York City where he was engaged by such prominent firms as Cabrera-Barricklo, Architects, and later, David Smotrich & Associates. During his employment, he served as Project Architect for the AIA award-winning Woodstock Meadows Residential Community in Woodstock, New York, as well as the restoration of the historic Jewish Community Center in Brooklyn, New York.

While in New York, Grove had the opportunity to serve in leadership roles for a variety of prestigious architectural projects which included the restoration and renovation of Sailor's Snug Harbor Cultural Center on Staten Island, New York; the conversion of the Stuyvesant Hotel in Kingston, New York; the renovation of the Residence Halls at State University of New York in Stony Brook; as well as a number of custom residential and commercial interior projects in Manhattan.

In 1993, Mr. Grove established his own practice in New York City. Realizing the potential for both new construction projects and preservation efforts in West Virginia, Mr. Grove returned to Martinsburg in 1994 where he was joined by his wife and partner, Lisa Dall'Olio. Since that time, the firm of Grove & Dall'Olio Architects has been involved with project work commissioned by United States District Courts, General Services Administration, Italcementi Group, Shepherd University, Berkeley County Roundhouse Authority, Jefferson County Commission, The City of Martinsburg, as well as numerous private sector residential and commercial clients. 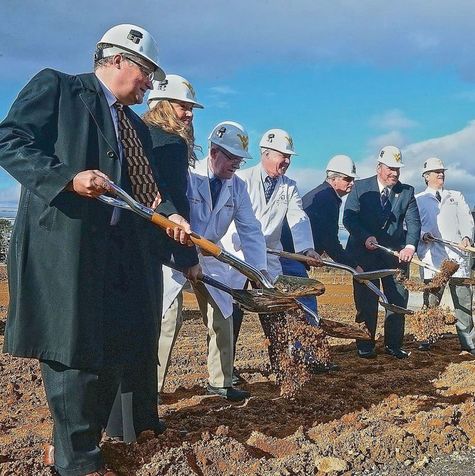